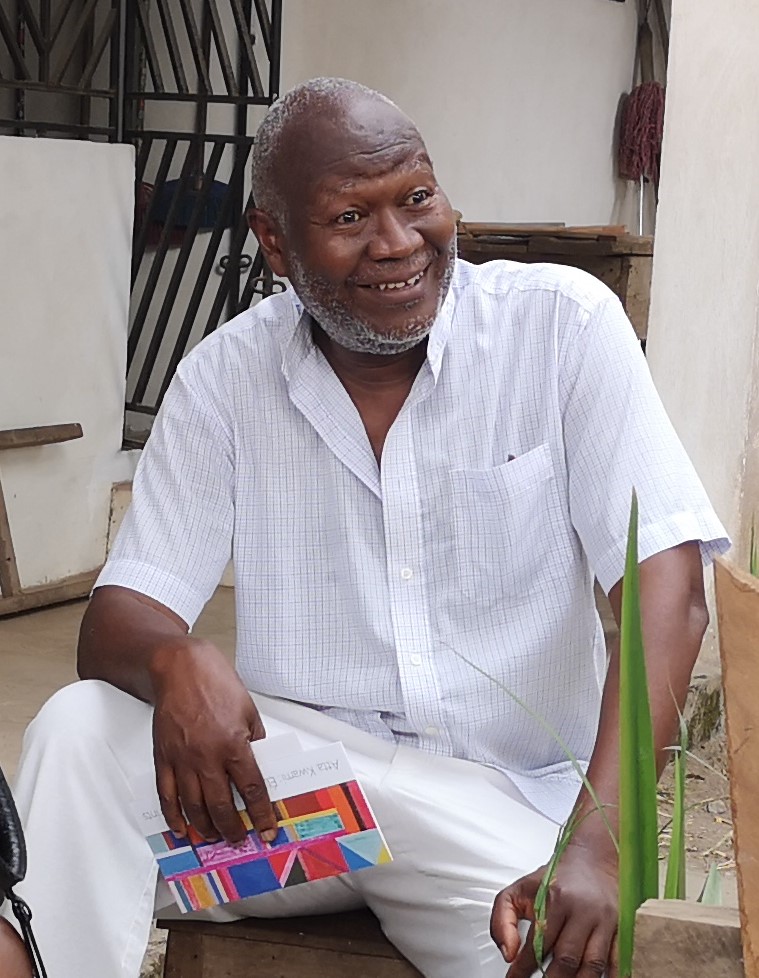 Gallery LM´s artist of honor Atta Kwami died on October the 6.th 2021 in Leicester. A year ago, he had a cancer diagnose. He became 65 years old.

He will be buried near Leicester, where he lived since 2009 with his English wife.

The world, Ghana and Gallery LM has lost a great artist and a kind, warm and generous person. Without Atta Kwamie’s help the gallery wouldn’t exist.

Honor be to his memory.

Atta Kwami is the honorary artist of Gallery LM.

He is one of my oldest friends from Ghana, and he has helped me open doors to many artists in Ghana.

I came across the art of Atta Kwami by chance and wrote to him how excited I was for the expression of Ghana, he visualized in his art. This image-strong expression is still omni dominant in his art.

Atta Kwami is a painter, graphic artist, sculptor and works with art books and installations. He is also a freelance art historian and curator. He has been a teacher in Kumasi, Ghana and England.

Atta Kwami has received numerous awards and scholarships for his work.

Atta Kwami plays with the colors and shapes, he finds characteristic of Ghanaian architecture and in African woven fabrics, especially the Kente bands, famous in Ewe and Asante cultures in Ghana. His work examines dynamics and rhythmic structures, and he improvises in the expression. He appreciates a lot, when an interaction between innovation and tradition arises.

An often-used composition scheme in his art is the repetition of a single motif either horizontally or vertically. The inspiration for this often comes from forms found in North or South Ghana, in murals, pottery and textiles, or from artist workshops in major city centers. The painting becomes an object, and he improvises with the colors: yellow, sienna, red, black, glowing yellow, gray and all the changing shades of light and darkness. For him the color has magic, but the color alone is not enough. The two-dimensional surface of the canvas is marked with squares and rectangles colored in sections of different sizes.

He likes simplicity next to complexity. He says that the result of a painting is never known beforehand. He rarely reworks a work. It is more important to find the time, when he should say stop. He wants the finished term to be over earthly or ethereal, something that can fly out of the canvas, something that looks effortless, but isn’t. 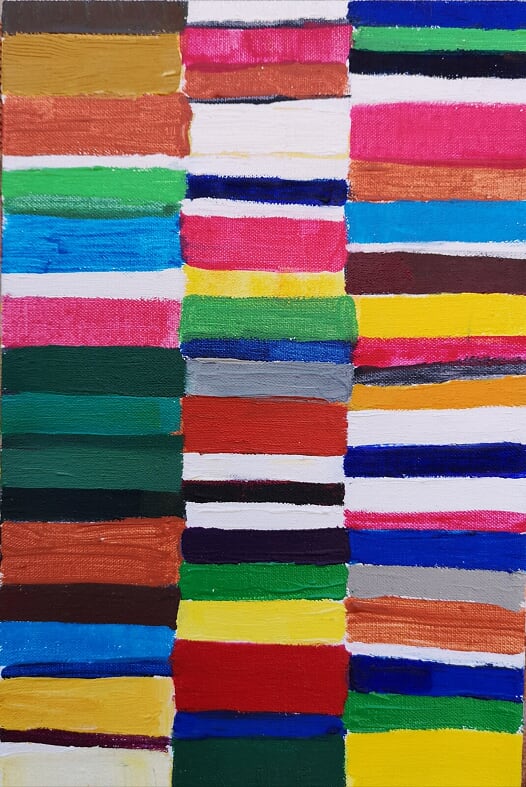 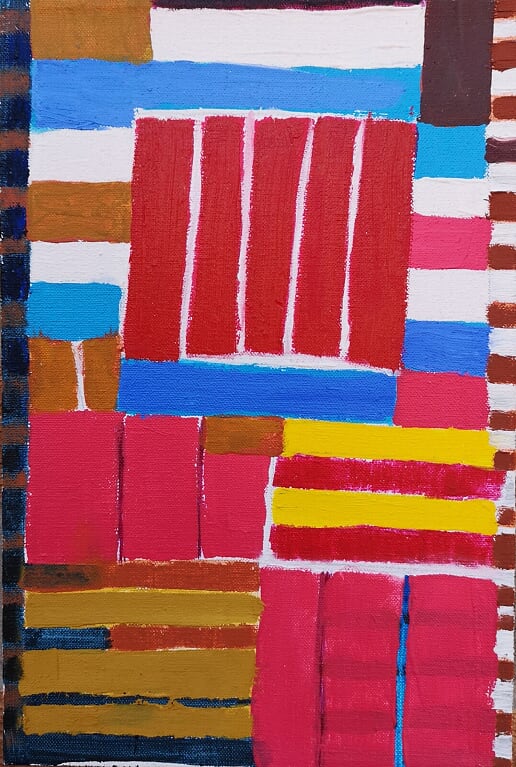 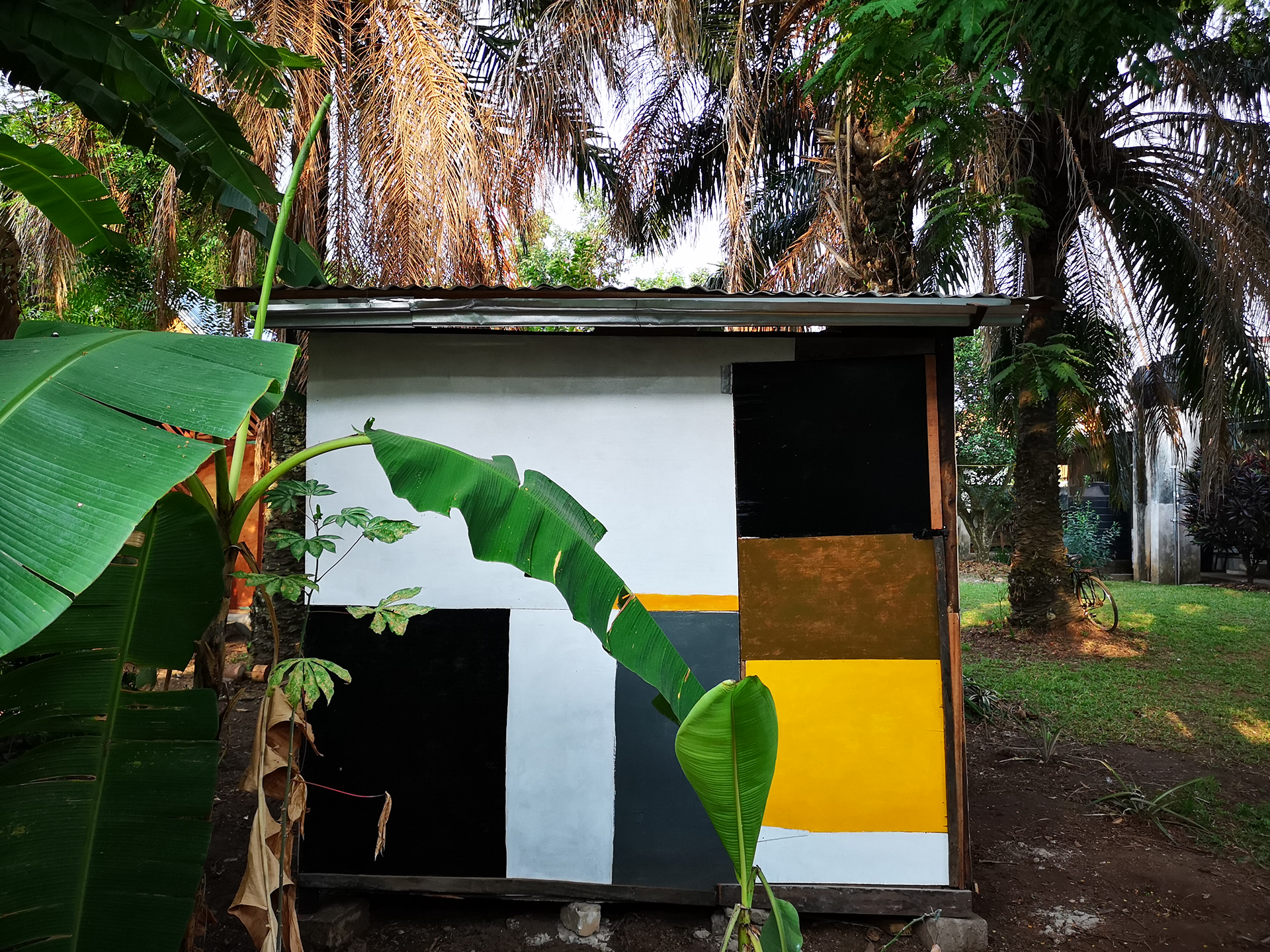 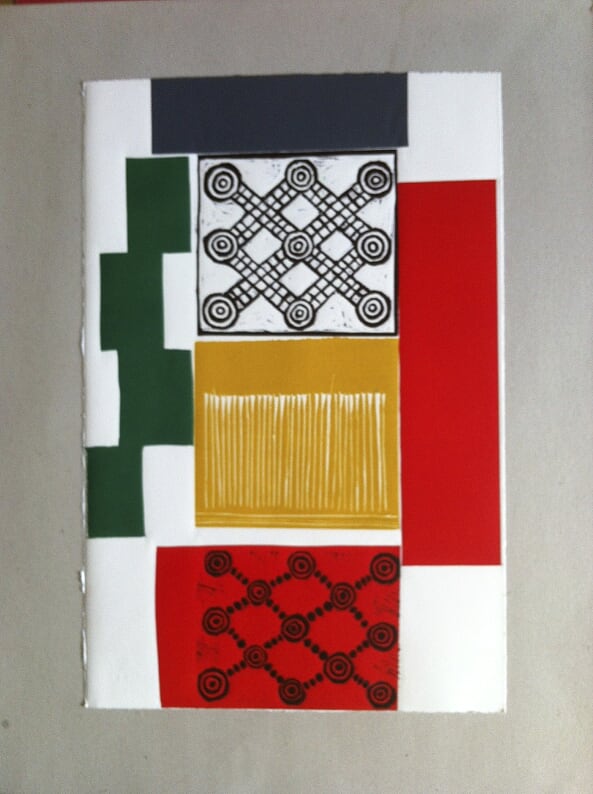