Painter, printmaker and sculptor whose colourful work drew on the vernacular art of his native Ghana

Atta Kwami in Kumasi, where he taught for almost two decades and had a studio. Photograph: Serpentine Maria Lassnig Foundation/Theo Miller

Since July, visitors to Folkestone harbour have encountered a double archway brightly painted with a geometric pattern in an array of colours. A part of the Kent town’s triennial art festival, it is the work of the Ghanaian-born artist Atta Kwami, who has died aged 65.

Kwami, who lived in both Kumasi, Ghana’s second city, and, from 2009, Loughborough, in Leicestershire, said the sculpture, titled Atsiaƒu ƒe agbo nu (Gateways of the Sea in the Ewe language), represented “movement … people leaving because of Brexit, immigrants arriving from other places”. Yet a more mainstay interest for the artist was the use of colour in the sculpture, a rainbow collection intended to highlight the unexpected tones and tints in the architecture and urban fabric of the coastal town.

The artist’s four decades of painting, printmaking, artist books and sculpture superficially recall the early-20th-century suprematist style of Piet Mondrian – based on geometric shapes – or the hard-edge abstraction popularised by the likes of the American painter Ellsworth Kelly in the late 1950s, but Kwami drew greater inspiration for his geometric compositions from the vernacular architecture, wall paintings, pottery and kente textiles of west Africa. His grids are less slick than his western precursors, the artist’s lines freer, the grid less mathematically composed.

The acrylic-on-canvas painting Kele (2014) is typical: square and rectangular parallel blocks of brown, ochre, turquoise and royal blue are divided by slimmer lines of green, purple and brown paint. At a squint, the effect is much like seeing a chaotic urban sprawl from above. 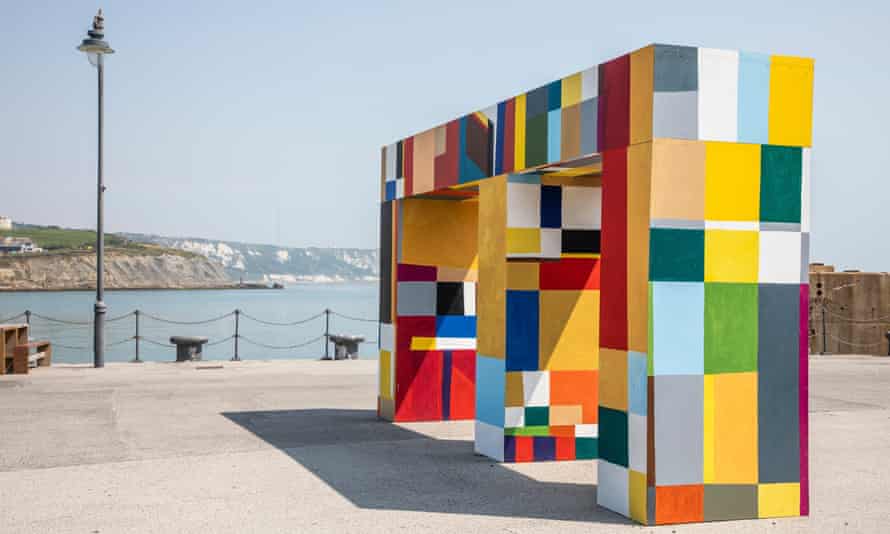 His work brought Kwami respect in his native country, where he was credited as breaking the expectations of what Ghanaian art should be – traditional, figurative and palatable to western tourists – and a rising reputation in Europe. This year he was the recipient of the €50,000 (£42,000) Maria Lassnig prize, organised by the Serpentine galleries in London, and had been asked by David Adjaye to design the stained glass for the Ghanaian-British architect’s planned National Cathedral of Ghana in Accra.

“My work is described conventionally as ‘abstract’,” the artist wrote in 2011. “Given that there is a very precise, knowable set of resources at the back of it, I would describe it as schematic: like a map, or rather a reaction to or interpretation of a map. It is about ownership, a way to finding myself, where I am.”

The title of Kwami’s book Kumasi Realism 1951-2007: An African Modernism (2011), which grew out of his PhD from the Open University, foregrounds the term the artist used for his mixed geography of references: western and African, academic and of the street. “Kumasi realism”, Kwami believed, was an artistic vocabulary shared by both college-trained artists and the hundreds of painters who met the “demands of advertising, shop front decor and commercial portraiture” in the city.

In 2002 Kwami organised Kumasi Junction at Oriel Mostyn gallery in Llandudno, in which he hung his own paintings alongside 11 signpainters whose work he travelled with from Ghana to Wales.

In a series of kiosk-like sculptures, Kwami made his interest in vernacular design even more explicit. At the 1997 Johannesburg Biennale he showed a green and yellow hut, a nod to the hastily built informal general stores of Ghana. Four years later, for his solo exhibition at the Kunsthalle Basel, the artist complemented dozens of diminutive paintings with a similar kiosk work, titled The Tiger, painted in shades of blue and grey, tones picked out from the wall-works. For a second project for the Folkestone Triennial he installed unevenly placed huts, constructed of found wood, on a grassy verge down one of the town’s main thoroughfares. 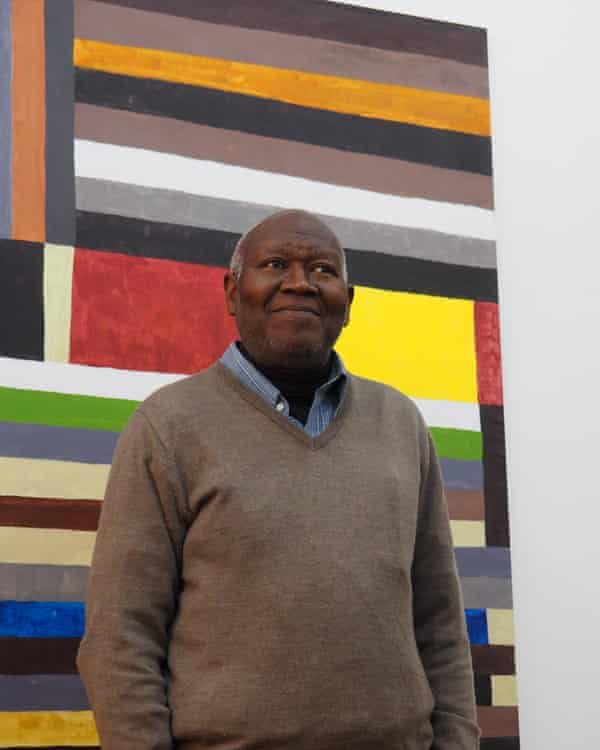 Walking the streets of Kumasi he would frequently carry a small camera or sketchbook to document the ad-hoc creativity he encountered. “Poverty is the only thing that money cannot buy,” Kwami said in 2012. “The voice of the poor can always be felt in the way they can transform their surroundings with dignity through personal aesthetics. I note the way environments can be transformed with very little by taking photographs or by drawing: ironically this engagement enriches my artistic life.”

He was born George Atta Kwami in Accra to Grace Kwami (nee Anku), an artist of considerable note, and Robert Kwami, a music teacher. Both sets of grandparents had been Christian preachers.

When he was six months old, his father, a teacher at Achimota school, died; that was the school that George went to. Grace used to claim that he had started drawing before he could walk, and at the age of 10 he won a competition to design a poster for Golden Tree Chocolate. As a teenager, then at Mawuli school, a boarding school in the Volta region of Ghana, where his widowed mother taught, George learned to weave under a Ewe master. In 1974 he enrolled at Kumasi University of Science and Technology to study painting.

On graduation Kwami taught at the Government Training College in Tamale and, aged 20, had his first solo shows at the northern city’s cultural centre and at the British Council in Accra. There he raised eyebrows with a work titled Economic Report, in which the artist stuck several used toothpaste tubes on to a board.

“I tried to explore our present preoccupation with the most basic material goods,” Kwami told a local newspaper at the time, underlining the political subtext of his work that remained throughout the years. “We hoard them like gold. When we trade them, we do so at exorbitant and cruel prices.”

In 1981 the artist moved to Nigeria, tasked with setting up an art department at a private school in Uyo. Five years later he returned to the art college in Kumasi, this time to teach, staying for almost two decades.

In 1992 he was included in Out of Africa, an ill-conceived survey show of the continent at the Saatchi Gallery in London, exhibiting a selection of “Tana paintings”, handmade paper dyed with pigments into the now familiar grid-like permutations. That year he married Pamela Clarkson, a British artist who had gone to Kumasi to set up a print studio at the college. The following year the pair shared a show at the Beardsmore gallery, the first of four with the London dealer.

In 1999 he produced The African Archways, installed in Jeevanjee Gardens in Nairobi, where the artist had been undertaking a residency. A precursor to the Folkestone harbour work, it featured three sets of double arches covered in panels painted with horizontal and vertical stripes.

Exhibiting regularly over the following decades, making work at both his home studio in Kumasi and the Modern Painters, New Decorators studio collective in Loughborough, Kwami produced work that can be found in the collections of both the national museums of Ghana and Kenya; the V&A and British Museum in London; and the Met and Brooklyn Museum in New York, as well as the National Museum of African Art in Washington. He was working on an architectural installation to be shown at the Serpentine galleries at the time of his death.

He is survived by Pamela.