Through his work, Kwami transformed local street art concepts for a global community 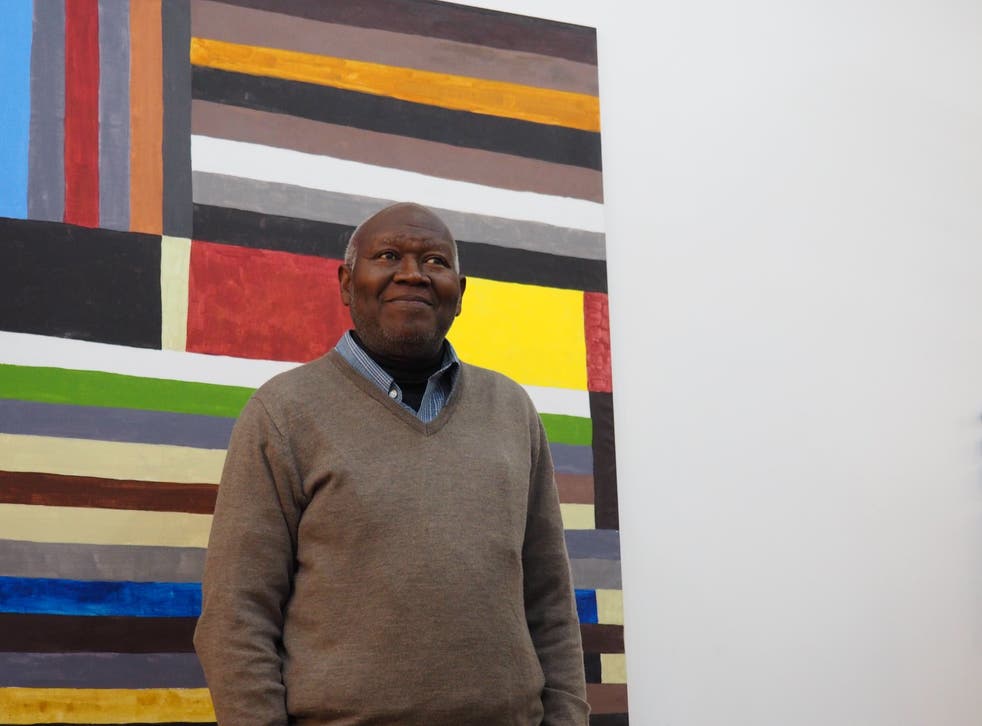 Kwami, pictured in 2019, described his work as more schematic than abstract

Atta Kwami’s bold and colourful work, which drew on influences from his Ghanian heritage, helped create space for other African artists to be recognised on the global stage.

His vibrant paintings can be found in major collections throughout the world including the British Museum, Victoria and Albert Museum, the national museums of Ghana and Kenya, the National Museum of African Art in Washington, DC and both the Metropolitan Museum of Art and Brooklyn Museum in New York.

Throughout his career, he also won countless awards and honours. Most recently, he was awarded the 2021 Maria Lassnig Prize receiving a €50,000 (£42,000) art award in addition to an exhibition at the Serpentine Galleries.

When Kwami was announced as the recipient last October, Peter Pakesch, chairman of the board of the Maria Lassnig Foundation, said: “Atta Kwami is a highly prolific artist whose core practice lies in expanded notions of painting. In a unique way, his work is both based in the visual world of his native Ghana and in reflections on modernism and its universality.”

His work also links everyday objects from his home in Ghana into pieces of magnificence. Borrowing Ghanian colour grids, woven textiles, commercial sign painting and jazz, he painted and built structures that forced the viewer to come, contemplate and discuss all while participating in the art.

In describing his work he said: “When I paint, I am sometimes in a trance; other times it feels like a conversation between myself and the materials; or with other artists alive and dead, African and non-African. The artist in the studio is alone. The usual ruses to make conversation with others are not possible but dialogue with materials sets in motion a vehicle for argument and counterargument.”

Kwami was born in Accra, Ghana, in 1956 to uber-creative parents. His mother was a well-known painter and art educator and his father was a musician. Growing up he was surrounded by music and paints and textiles. He quickly followed in his mother’s footsteps and pursued art. 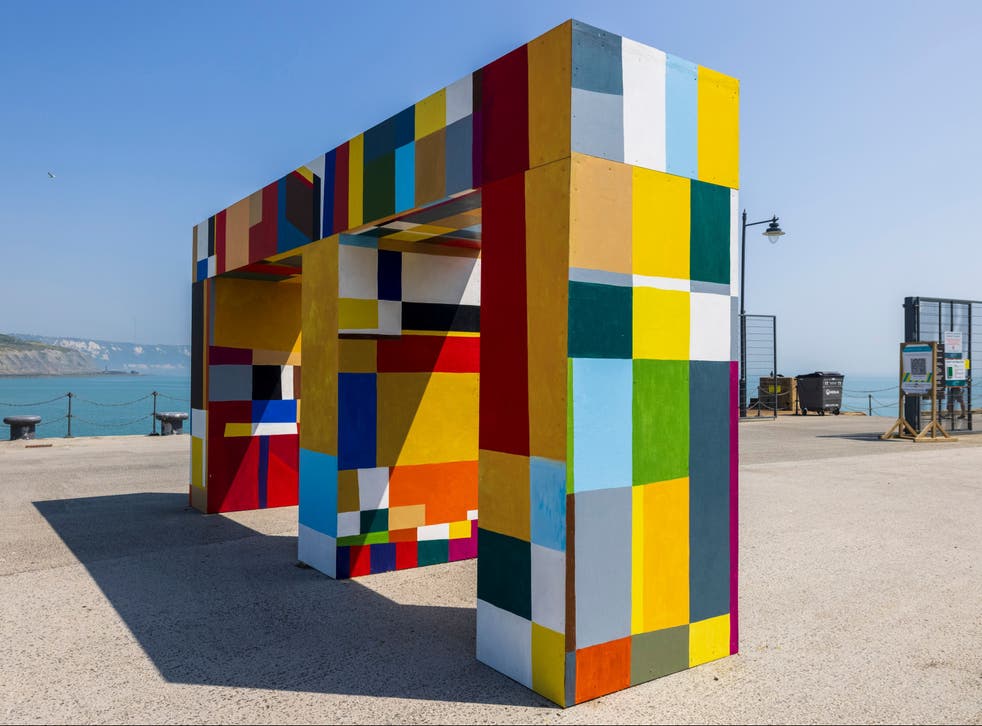 He graduated in painting from the College of Art at Kwame Nkumrah University of Science and Technology in Kumasi, Ghana, in 1980, becoming a teacher in Nigeria, Ghana and, eventually, in Loughborough, where he was laid to rest. He divided his time between the UK and Ghana both painting and teaching full time.

In 2013, Kwami published his book, Kumasi Realism, 1951-2007: An African Modernism. It was a study of modern and contemporary African art and an attempt to legitimise it as an authentic expression of Africa’s art history with an emphasis on street art throughout Kumasi, Ghana.

In a statement Kwami gave during an art show in 2011 called As It Is at the Mojo Gallery, he said: “My work is described conventionally as ‘abstract’. Given that there is a very precise, knowable set of resources at the back of it, I would describe it as schematic; like a map, or rather a reaction to or interpretation of a map. It is about ownership, a way to finding myself, where I am.”

Kwami was the main person Lisbet Mogensen relied on when she decided to open a gallery of Ghanian and African art in Denmark. Having been friends for about 12 years, she knew she could trust him with her dream. He helped her sort out the who, the how, the style and type of art produced at different universities throughout Ghana. He suggested and introduced different artists for her to feature including Patrick Tagoe-Turkson. Finally, he said, “...and then there is always me!”

Mogensen, who described Kwami as kind, warm and generous, said: “He is one of my oldest friends from Ghana, and he has helped me open doors to many artists in Ghana. Without Atta Kwami’s help, the gallery wouldn’t exist.”

He is survived by his wife Pamela.