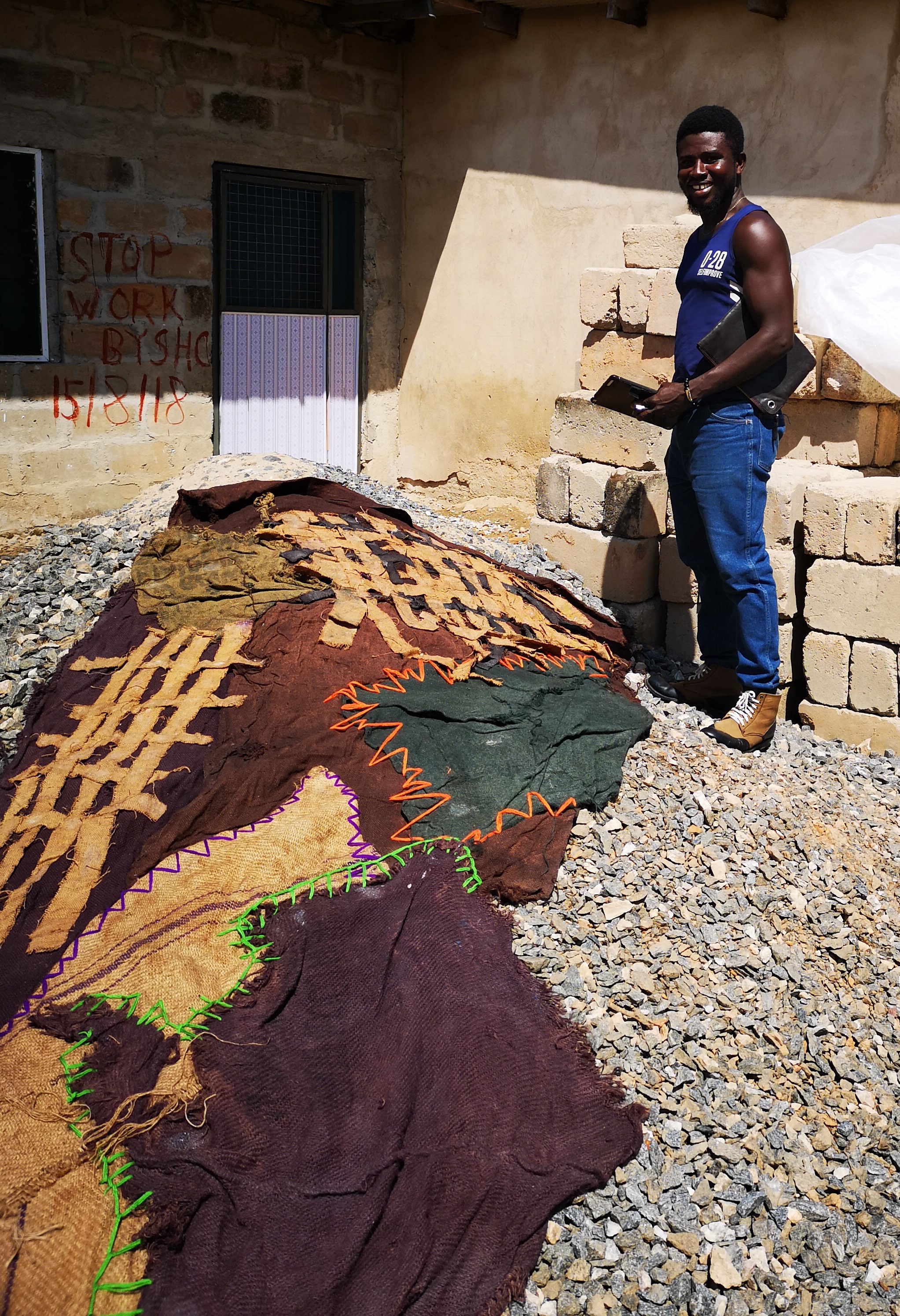 Moses Seth with one of his artworks

Moses is a young, promising artist who creates aesthetic, beautiful works out of coarse jute sacks, applied colors and symbols. His technique may be referred to as mixed media. He graduated from Takoradi Technical University in 2018.

In the workflow, Moses uses jute sacks that have previously been used to store corn, cocoa and other foods. He rocks, rakes, paints and manipulates the material until he has found the expression he wants. Usually he works very spontaneously and impulsively, most often based on an idea or theme that he has been thinking of for some time. Sometimes it's something emotional that starts the process, and like so many other artists, the original idea can suddenly take a completely different look than originally thought, because something outside changes everything.

Moses Seth says he has been drawing ever since he was three years old. He drew on everything, later a sketch book came in, and it became his best piece of possession. He loved to draw, but as a child and young, he didn’t see himself as a future artist.

At the university, he was particularly pleased to learn about the psychology of colors, and what effect colors have on the viewer of a piece of art. In his art, however, it is not only the colors that have effect, but also the rustic material in the jute bags and the contrasts between background and symbols. In most of the works, Moses Seth  adds Adinkra symbols, which historically is a part of the culture in the Ashanti kingdom, from Kumasi in Ghana. The symbols tell of a maxim, a motto, or a saying.

With his art, Moses Seth wants to forge links between the life that has existed in the past and the life lived now and in the future. For that tale, he uses waste material and wants to deliberately use products such as jute sacks, which can be recycled and put into new constellations, thereby giving new value.

In many ways, Moses Seth upsets a tradition in Ghanaian art by his use of the coarse jute fabric, but with the application of the Adinkra symbols, he creates his own contrasting universe. 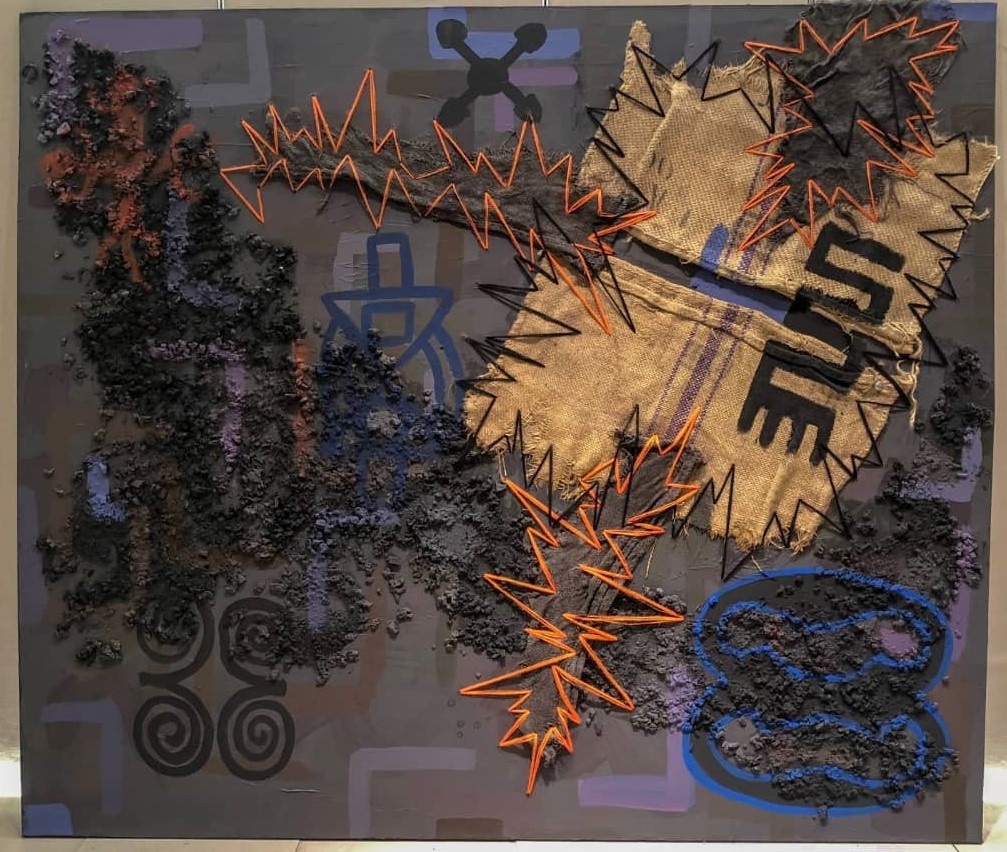 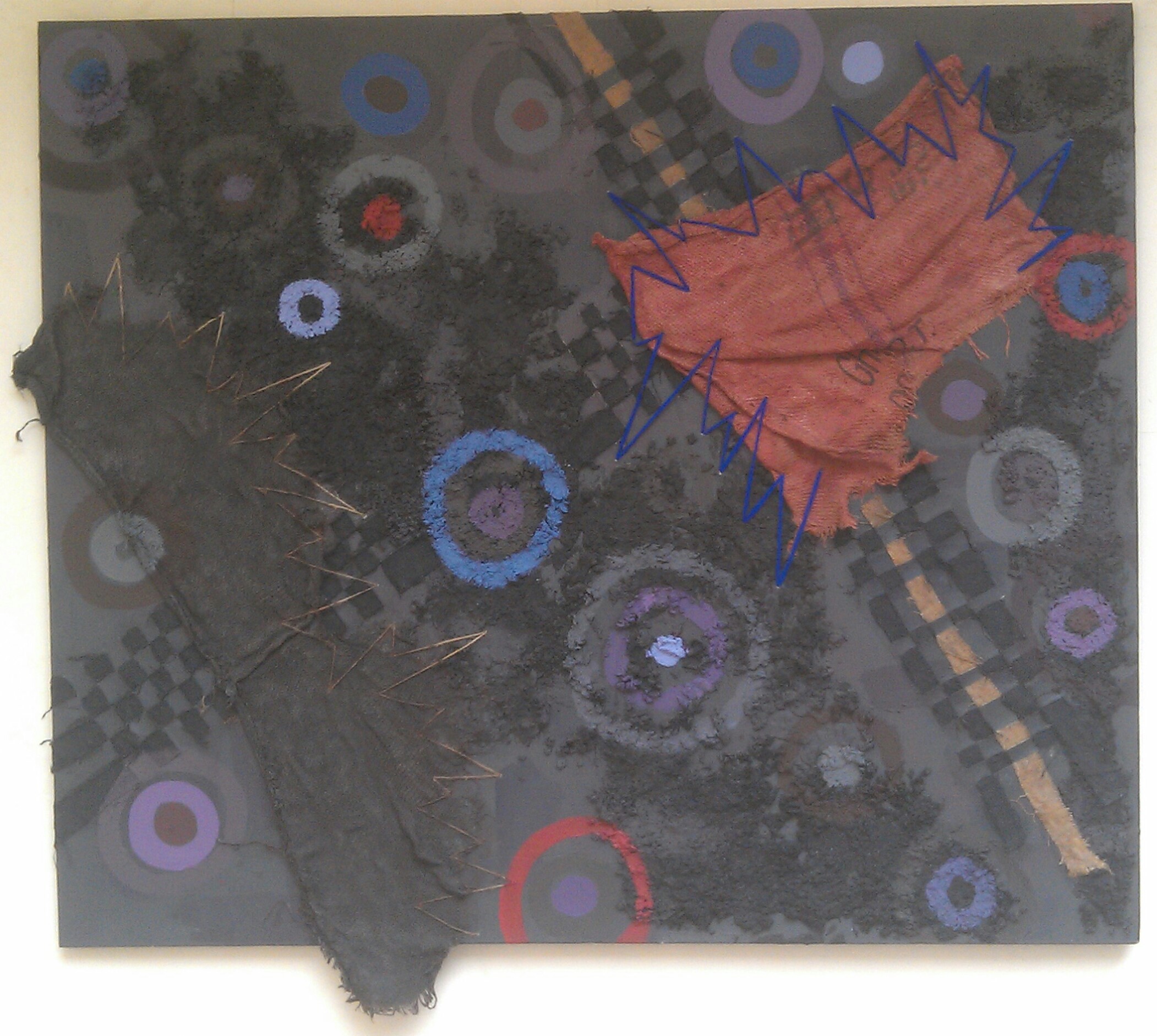 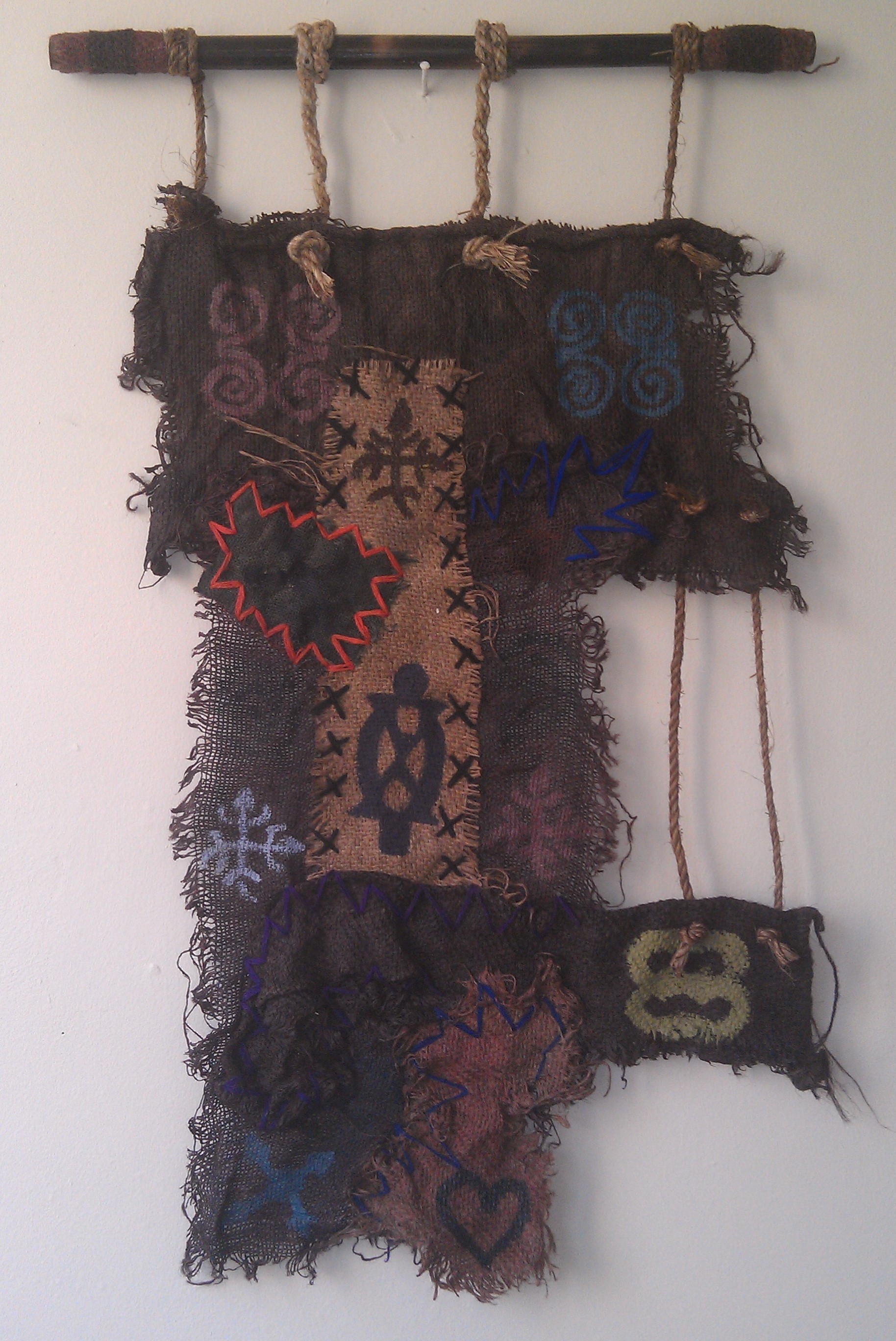 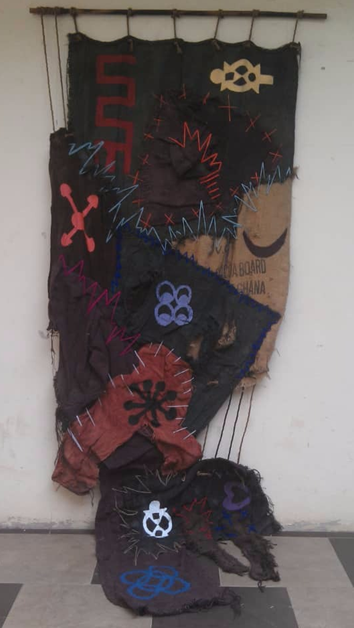 WHEN TWO CARRY, IT DOES NOT HURT/ Baanu so a emmia-series, (Pink serie)

“In life's journey, it is always better, when two people carry off a load. This makes the load lighter in weight. It is indeed true, that two are better than one”. Osei Moses Seth. 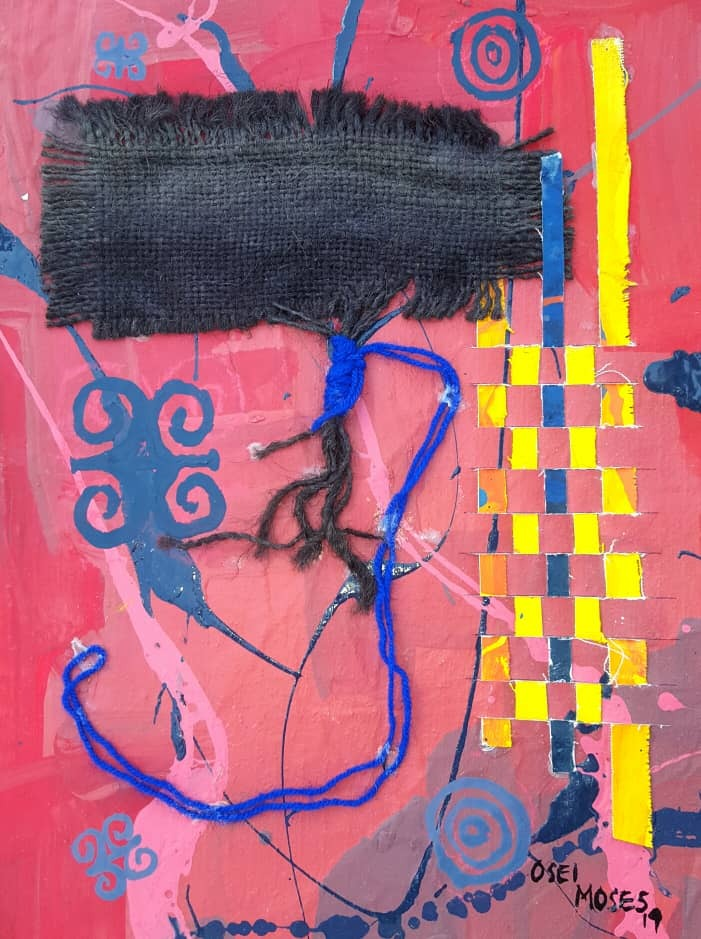 “No man is an island; therefore, we were not born to live independently of others. At every stage of human life, we need each other. No matter our achievements in life, we can do more, when we synergize with other people, than we would have done individually”. Osei Moses Seth. 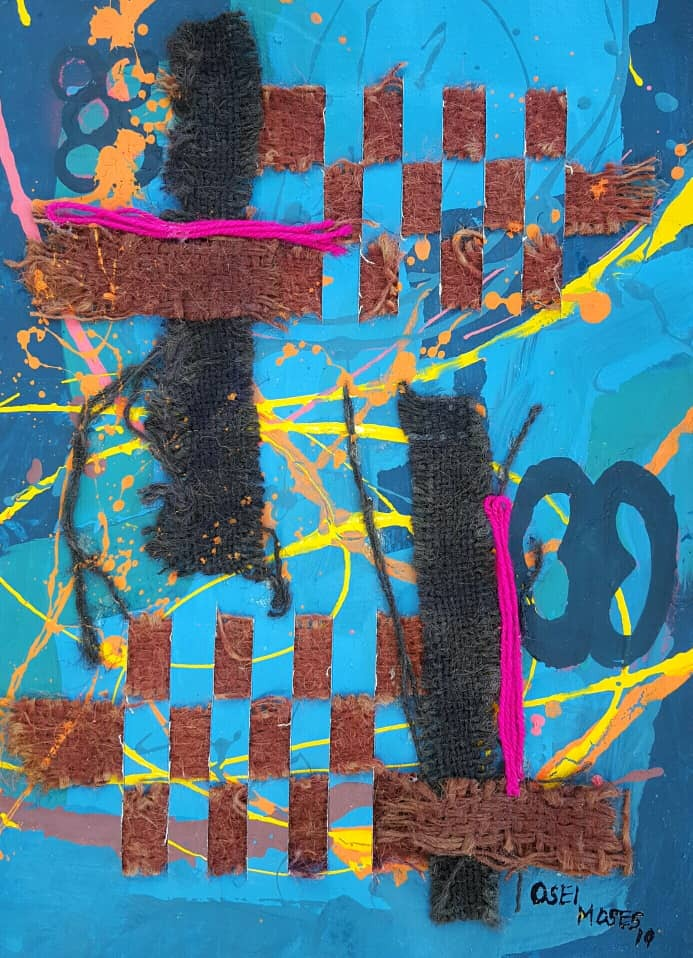 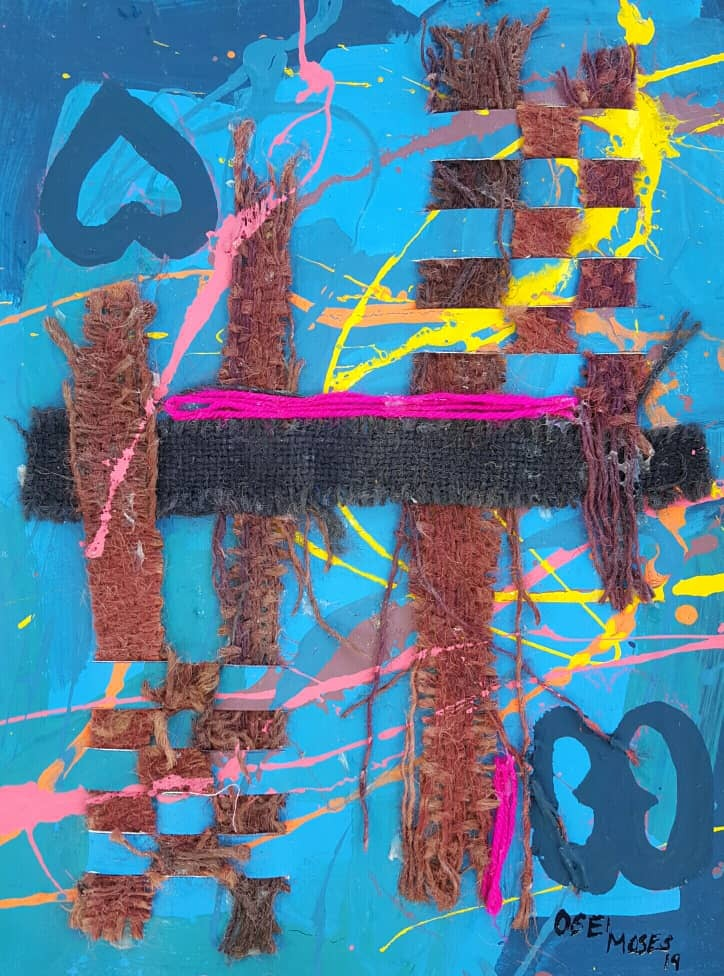 “Some fingers are bigger than others. Some are longer than others. In the same way people are seen in different characteristics, qualities, social status, etc. Some are rich, some are poor. Each one can do things, that others cannot do”. Osei Moses Seth. 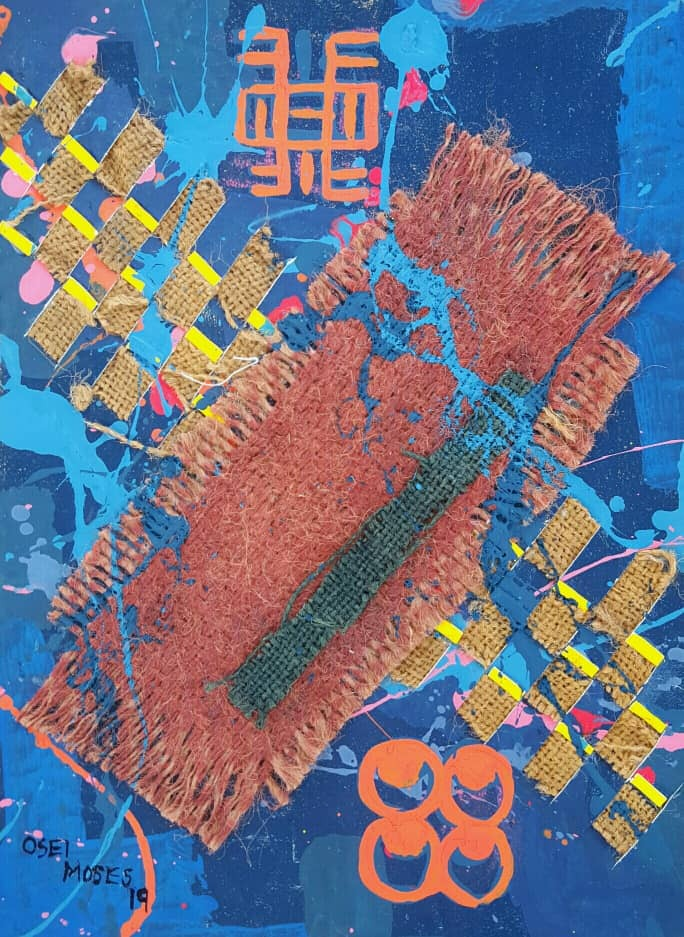 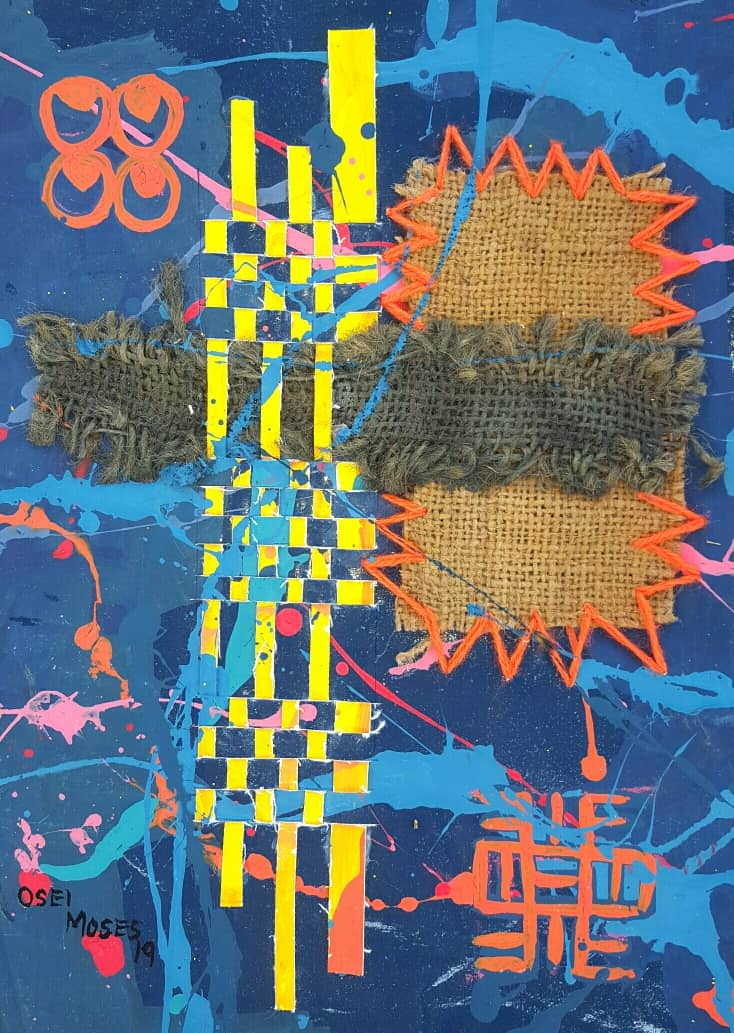 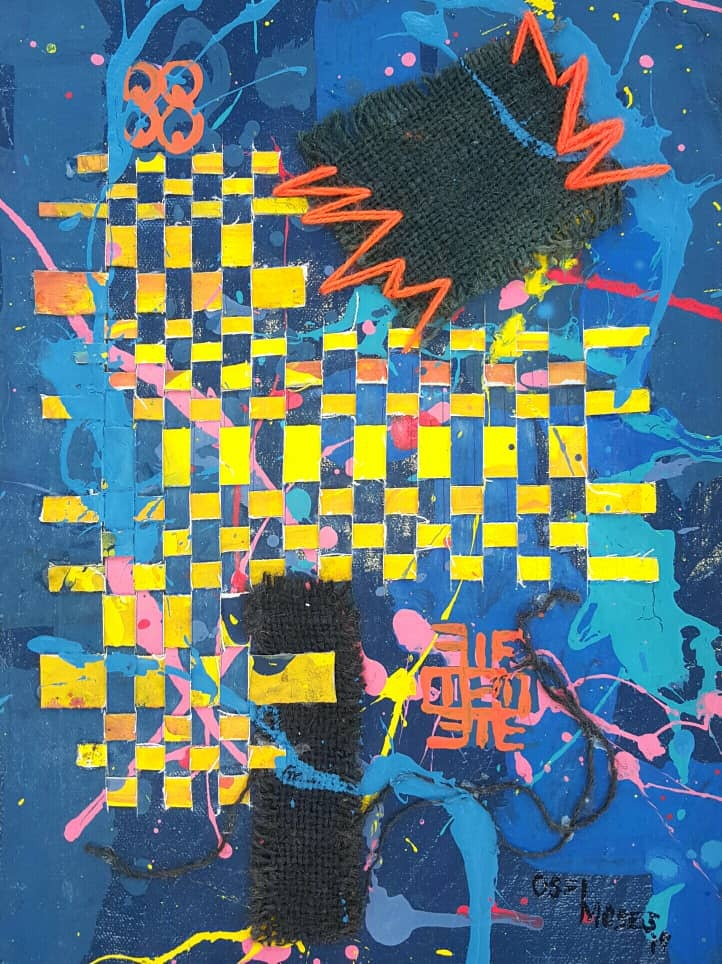